Receive guidance and direction on your script from an accomplished screenwriter.

Filmmaking must begin with a solid screenplay. This retreat is for writers who have a screenplay in progress and are seeking guidance, direction and focus from an accomplished screenwriter. It is equally relevant for those writing a feature-length screenplay or an episodic television script. A project may be at any stage of evolution (concept, outline, first draft or rewrite).

Class time is divided between lectures on the dynamics of screenwriting and discussion of student scripts. Participants will have part of each day to work on their scripts. The instructor will also be available for one-on-one consultations during the retreat.

The retreat delves deeply into examining concept, story structure, character development, plot and subplots, theme, dialogue, visual storytelling, and the process of revising a screenplay. Students discuss suggestions for rewrites and alternative approaches, exploring solutions to the problems posed by each script. Participants learn to look critically at their writing.  Among other things, we will consider the importance of economy in screenwriting, and how to sharpen what’s at stake for your characters.

Throughout the sessions participants will get a real world view of how the industry works and the practical realities of getting material read and sold.  By the end of the retreat, each script has been reviewed and reconstructed with a “battle plan” on how to take the script to the next level.

Participants must have a screenplay in progress.  It can be at any stage of development, anything from an outline to a full draft. Francine Volpe is a Brooklyn-based screenwriter and playwright. Her writing credits include THEM: Covenant (Amazon), THE FIRST (Hulu) and P-VALLEY (Starz). Her original series, TARA LYNCH is in development with Topic Studios. Her play, THE GOOD MOTHER was directed by Scott Elliot and featured Gretchen Mol. The play was the finalist for the Susan Smith Blackburn Prize. Francine is the winner of the 2016 McKnight National Playwright Residency and her play, SUPINE BUTTERFLY was commissioned by The New Group. In 2013 she was the inaugural winner of the Lanford Wilson Prize in Playwriting. Other plays include THE GIVEN (also finalist for the Susan Smith Blackburn Prize) and LATE FRAGMENT (both directed by Michael Imperioli). She has had work produced and/or developed at Arena Stage, ACT, Rattlestick, SoHo Rep and The New Company in London. Francine received her B.F.A. from New York University’s Tisch School of the Arts. She was later the recipient of a two-year Lila Acheson Wallace American Playwriting Fellowship at The Juilliard School where she studied with Marsha Norman and Christopher Durang. She has taught screenwriting, playwriting and television writing at NYU and Sarah Lawrence College. 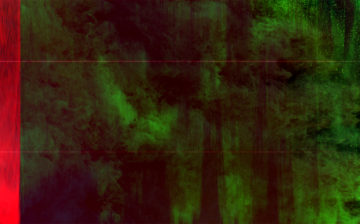 A follow up to 2-Day DaVinci Resolve, designed for students who already have a fundamental understanding of primary correction, scene matching, and basic grading. We will move further into secondary corrections, node structures, color schemes and explore more advanced tools within DaVinci Resolve.