Journey through the rich delights and extraordinary risks that define French cinema.

Few nations have contributed more to the art of cinema and the development of film culture than France. This course will cover the history of French cinema, using key films, artists, and movements to shed light on the evolution of cinematic style.

Join film historian and critic Imogen Sara Smith for this fascinating journey through French film history.  In addition to being a regular speaker on The Criterion Channel, and on disc commentaries for Criterion and other labels, Imogen is the author of two books on film and has published many articles and essays in leading film publications.

This unit explores the extraordinary last six decades of French cinema. From the exhilarating rule-breaking of the French New Wave through the emergence of important women filmmakers and post-colonial voices, we’ll examine how France has remained at the forefront of an ever-evolving and diversifying art form. Along the way, we will also delve into genres like comedy and musicals.

Our journey begins by examining a volatile moment that forever changed French film and the future of international cinema. Even as the 1960s found the Hollywood studio system in disarray and scrambling to reinvent itself, the French New Wave radically changed and revitalized filmmaking globally. But while the movement invented new film grammar and techniques, broke with traditional narrative forms, and shared the fresh, rebellious spirit of 1960s youth movements, it was also deeply rooted in history. The young critics-turned-directors from the journal Cahiers du Cinéma were passionate cinephiles who championed Hollywood genre films and attacked France’s established “tradition of quality” while resurrecting some overlooked French filmmakers of the past. Their promotion of the auteur theory, which declared the director the sole author of a movie, revolutionized film discourse and remains both controversial and ingrained in contemporary film culture. Directors like Jean-Luc Godard, François Truffaut, Jacques Rivette, Claude Chabrol, Alain Resnais, Eric Rohmer, and others took the ideas and methods of the New Wave in vastly different directions, inspiring generations of later artists around the world.

One of the most pioneering and creative filmmakers of the era was Agnès Varda, who broke ground with her 1962 masterpiece Cléo from 5 to 7, bringing a feminist perspective to a male-dominated scene. Over the decades, all the way up to her death in 2018, Varda produced a wide-ranging body of work that expressed her playful, wildly original, tough-minded, and humanist spirit. Although a small number of women filmmakers had flourished pre-1960, including Alice Guy-Blaché, Germaine Dulac, and Jacqueline Audry, the decades that followed saw major new artists emerge, including Belgian-born Chantal Akerman and Claire Denis, both of whom have had long-running partnerships with female cinematographers. While filmmakers like Denis have grappled with France’s colonial history, filmmakers from former French colonies (Djibril Diop Mambéty, Ousmane Sembène, Abdellatif Kechiche, etc.) have also enriched and diversified French cinema, exploring subjects of race, immigration, and post-colonial struggles.

In addition to exploring how the French film industry evolved and adapted during the latter part of the 20th century, this section of the course will also look back at earlier eras to trace the lineage of comedy–from Max Linder and René Clair to Jacques Tati, Pierre Etaix and beyond–and the vital role of music in French cinema. The course will wrap up with a look at some contemporary filmmakers such as Céline Sciamma and Jacques Audiard who are continuing to innovate and keep alive France’s grand amour for the cinema.

Register for this workshop

Please note: Participants may incur the expense of renting some films via widely available streaming platforms, although many of these films are available without additional charge if you subscribe to certain channels (e.g. The Criterion Channel, Kanopy, etc.). Adobe After Effects continues to be the industry standard for creating motion graphics. Students create dynamic content for logo treatments and commercials and understand visual effects features such as keying and compositing for film, video or multimedia. Capturing the Personality of Plants in a Simple Studio Setup 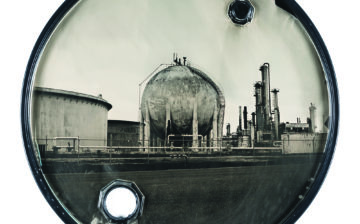 Peek Behind the Curtain with David Emitt Adams & Terry Etherton

This ongoing 90-minute series is geared toward photographers and the curious collector, where we go behind-the-scenes to have a flexible, honest and open conversation between a dealer and one of their artists.  From the gallery’s perspective, topics may range from how the dealer met the photographer and how they now work together, to how the gallery defines its brand, how new talent is discovered to the challenges of running a gallery in today’s world.