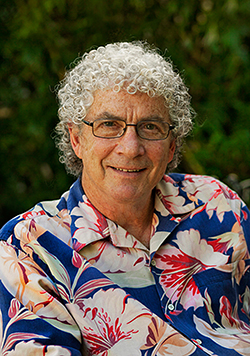 After receiving his BA in Journalism, Joe ventured out into the freelance world and never looked back. For the past forty plus years, Joe has shot professionally for clients from Coca Cola to Hennessy, Cessna to United Air Lines and Boeing, and from Microsoft to IBM and HP. He has shot the full line car brochures for Acura, Saturn, and Range Rover, not to mention campaigns for Acura, Jaguar, Mazda and Ford. The tourism departments for Alberta, Canada, Pennsylvania, Alabama, and Texas have contracted Joe to shoot images for their state campaigns. Just to name a few. Over the years, National Geographic, Life, Texas Monthly, Time, Geo, Newsweek, and the New York Times Magazine have used Joe for several of their editorial assignments. Recently, four of Joe’s photographs, including three from the series “Window Dressings” have been added to the permanent collection of photography at the Museum of Fine Art in Houston, Texas.

Teaching people how to use their eye has always been one of Joe’s passions, and has conducted one-week workshops at the Maine Photographic Workshop (27 years), The Santa Fe Workshop, The Julia Dean Workshop in Hollywood, California, the Pacific Northwest School of Photography, the Texas Photographic Workshop, Objectif’s in Singapore, and the South Florida Workshop. He has also conducted continuing education classes at Rice University in Houston, Texas. He has been sought out as a guest speaker for various ASMP chapters (American Society of Media Photographers), advertising and art director’s clubs across the country, The Art Center in Pasadena, California, and Brooks Institute. He has given seminars at Photo East in New York, Photo West in San Francisco, and Viacom (the national photographic convention in Canada).

Joe writes an informative and educational blog you can view at: www.joebaraban.com/blog

His honors include two gold medals in the New York art directors show, Gold awards in the national ADDY’S, Photo District News, and Photo Design. He has captured Studio Magazine Premier award, and The Don Belding award in Los Angeles. His images are part of the Texas Monthly’s 100 Best Photographs collection, and was selected to be on Ad Week’s Southwestern All Star Team.

On a personal level: Joe is the father of four grown children and “Papa Joe” to two grandchildren. He makes his permanent home in Houston, Texas, and resides part-time at his lake house retreat in Crockett, Texas where he has written two screenplays, and recently finished his first novel. He is known for his storytelling abilities, dry and sometimes dark sense of humor, Hawaiian shirts and flip-flops. Not to mention the all-natural Bloody Mary Mix he recently bottled. He is an avid collector of antique toys, primitive masks, and antique photographic equipment. His hobbies include: cooking, fishing, reading, working on his Bonsai Trees, hustling pool, furniture making…and enjoying life’s adventures to the fullest.