NOTE: This class will be held in a live, online format using the Zoom Platform.
Class meets daily from 10am-1pm ET In this generative poetry workshop we will create and share new work, experimenting with a wide variety of subject matter and approaches. We will pay special attention to line, syntax, and stanza, and will consider the choices we make in free-verse poems: How are the elements of the poem working on their own? How do they work with—or against—each other? My expectation is that during the workshop week, we’ll build creative momentum and develop new strategies that will carry participants forward in their own writing practice.

I will  provide sample poems and a prompt each day, and you will write a poem based on that prompt to share the following day. I will provide the initial model poems and prompt ahead of time so that you could come on day 1 with a poem to share. Will  discuss each students’ poem each day. Maggie Smith is the author of five books: Goldenrod (Simon & Schuster, 2021), Keep Moving(Simon & Schuster, 2020), a national bestseller; Good Bones (Tupelo Press, 2017); The Well Speaks of Its Own Poison (Tupelo Press, 2015); and Lamp of the Body (Red Hen Press, 2005). Lamp of the Body won the 2003 Benjamin Saltman Award from Red Hen Press. The Well Speaks of Its Own Poison won the 2012 Dorset Prize, selected by Kimiko Hahn, and the 2016 Gold Medal in Poetry for the Independent Publishers Book Awards. The collection was also a finalist for the National Poetry Series and the Montaigne Medal, and poems from this collection were awarded an NEA Fellowship in poetry. Smith is also the author of three prizewinning chapbooks: Disasterology (Dream Horse Press, 2016); The List of Dangers (Kent State/Wick Poetry Series, 2010); and Nesting Dolls (Pudding House, 2005). The title poem of Good Bones went viral internationally after the Pulse Nightclub shooting in Orlando, Florida, and the murder of MP Jo Cox in England. To date the poem has touched more than a million readers and has been translated into nearly a dozen languages, including Spanish, French, Italian, German, Bengali, Korean, Hindi, Tamil, Telugu, and Malayalam. It was called the “Official Poem of 2016” by Public Radio International, but the poem has continued to be shared widely around the world in these tumultuous times. In April 2017 “Good Bones” was featured on the CBS primetime drama Madam Secretary—in an episode also called “Good Bones”—and Meryl Streep read the poem at the 2017 Academy of American Poets gala at Lincoln Center. The Telegraph (London) wrote that the poem is “a beautiful elegy for an imperfect world marked by tragedy, exploring the difficulty of finding positivity in the face of suffering…. The poem is a call for us all to improve the world, even if it might just this moment seem beyond repair.” Smith is the recipient of fellowships and awards from the National Endowment for the Arts, the Academy of American Poets, the Ohio Arts Council, and the Sustainable Arts Foundation, among others. Her poems have appeared in the New York Times, the Paris Review, American Poetry Review, Ploughshares, Prairie Schooner, the Kenyon Review, The Southern Review, and Virginia Quarterly Review. Poems have been widely anthologized in volumes such as The Best American Poetry series, the Knopf anthology, Resistance, Rebellion, Life: 50 Poems Now, Speigel & Grau’s How Lovely the Ruins: Inspirational Poems and Words for Difficult Times, and a number of textbooks. A freelance writer and editor, and a Consulting Editor for the Kenyon Review, Smith is also a passionate and enthusiastic teacher. She has taught creative writing at Gettysburg College, in the MFA program at The Ohio State University, and at various conferences and nonprofits around the country. Frame.io has become an increasingly popular collaboration platform enabling editors and filmmakers to stay connected with all of their teams from anywhere in the world.
Guided by an accomplished editor, this session will allow participants to examine how to use Frame.io as an effective tool for working remotely. 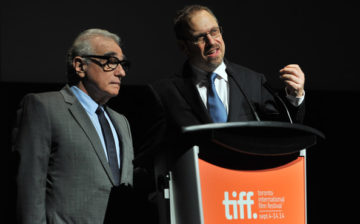 How do you begin to edit a coherent film that transports a viewer into the heart of an emotional journey? How do you find the cinematic value in the artifacts and the documents which have survived the past? Starting with writing collaborative linked verse poetry, we will spend a week immersing ourselves in the art and craft of setting & printing with metal type, and making a simple soft cover book. We will be working with a fixed material (type) in a very fluid way, as we tap into the rhythm of this material and its connection to our creative self.